1858 – Central School opened (construction cost $6,000) with 280 pupils and three teachers, a year before Oregon became a star in the flag.

1883 – P.A. Marquam purchased the school building and moved it a block to the north (American Bank Building.)

1951 –  Meier & Frank purchased the block, razed the hotel, and built a two-level parking structure. Much  of the original stone foundation for the Portland Hotel remains under the sidewalks.

Late 1960s  – Meier & Frank proposed an 11-story parking garage on the block, which was denied by the City after a series of heated public hearings. This proposal, perhaps more than any other event, prompted both the downtown business community and the City to undertake a comprehensive downtown planning program.

1972 – 1974: Portland’s Downtown Plan proposed open space development of the current Pioneer Courthouse Squareblock. This plan set in motion the lengthy administrative and political negotiations that resulted in the purchase of the block by the City, the international design competition, and the choice of the Will Martin design scheme.

2001 – Travel Portland opens its Visitor Information Center at the Square.

2008- Pioneer Courthouse Square is selected as one of the Great Public Spaces in America by the American Planning Association. 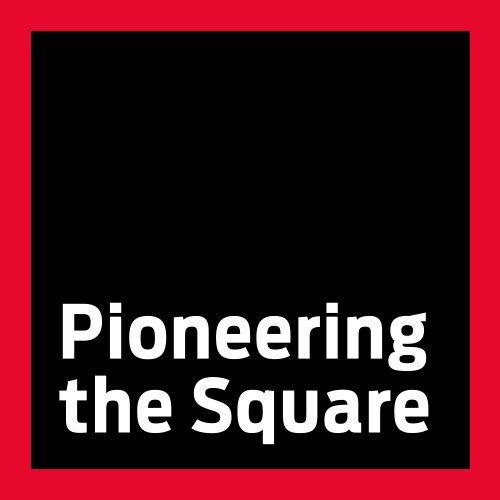 In honor of the Square’s 25th Anniversary in 2009 Randy Gragg and Audrey Alverson curated “Pioneering the Square,” a historical exhibit at the American Institute of Architects. The exhibit covered the history of the space, the design competition and the development of the Square. This is the story of how the Square came to be. 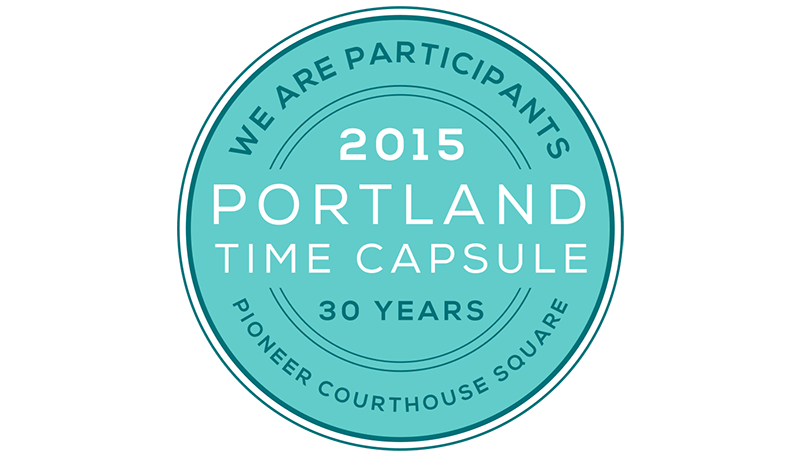 A year after Pioneer Courthouse Square opened, nearly 50 items were buried in a time capsule located near the southeast corner of the Square. In 2014 for the Square’s 30th anniversary we unearthed the original time capsule, with the help of The Oregon Historical Society, and set out to build a new time capsule that would capture quintessential Portland today.

After soliciting suggestions from Portlanders over the course of a year, we assembled a jury of esteemed Portlanders to select the final contents for the 2015 time capsule.  In all, more than 200 items were generously donated from local organizations and businesses that were determined to best exemplify Portland today.

Looking Back: Oregon Architect Will Martin’s Sketchbook on an American Square

Step Back in Time with Will Martin

Listen to an audio tour of Will Martin, the original architect of the Square, leading a tour of Pioneer Courthouse Square.

To view a transcript of Will Martin’s tour of Pioneer Courthouse Square, please click the link below:

DONATE NOW
SIGN UP FOR THE MILEPOST MONTHLY NEWSLETTER
BOARD LOGIN